When a forecast has been edited, a couple of things will change. The display itself won't look different (see Fig. 1). But if you click on a gate, the "Run" column will show up as "Edited". The time that forecast was edited will show in the "Update" column. These forecaster edits will persist even though new HRRR based forecasts update each hour. The forecaster is free to revert the forecast to the HRRR baseline if needed. The TS25 and TS60 columns will still show the HRRR coverage percentages and will be appropriately colored.

The second difference is that the forecast can enter an assessment of the overall HRRR baseline. This will show below the display in a gray bar. If there hasn't been a forecaster assessment, this won't show up. Keep in mind, the forecaster could enter "Model OK, no change" to say they agree with the model. In this case, the forecaster last looked at the forecast at 1921UTC and mentioned there was "Minimal change". 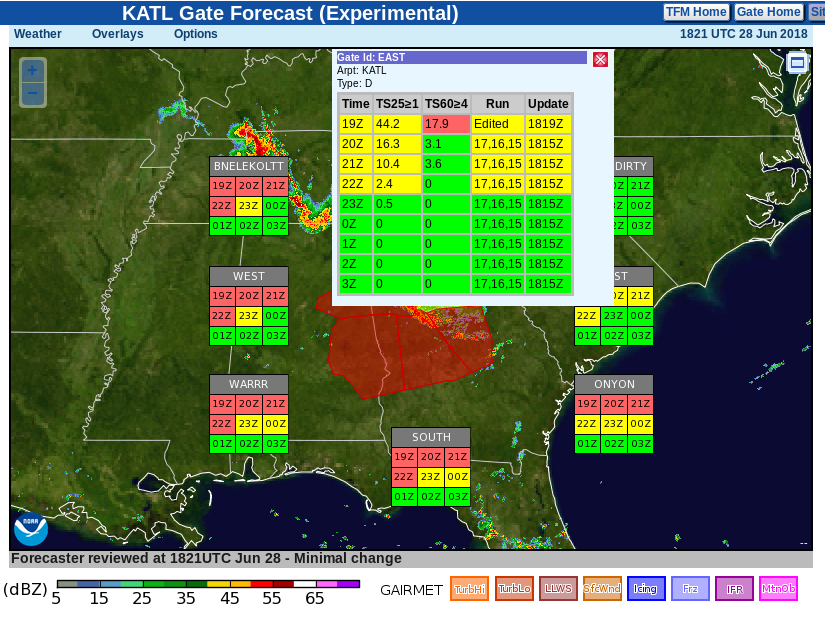 When you log in to the web site and have edit capabilities, you'll see an "Edit" button appear in the right side of the blue header bar (See Fig. 2). 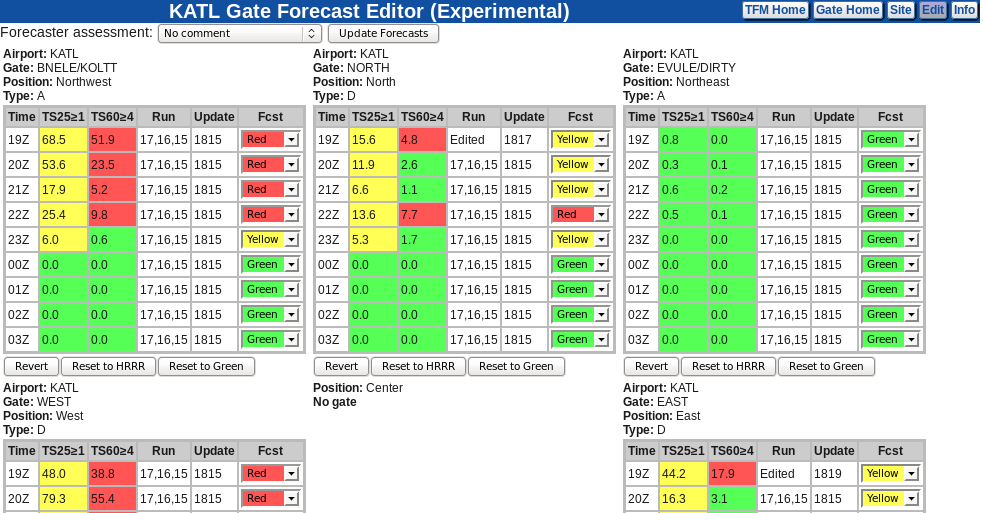 The "Fcst" column will allow the forecaster to change the color to either green, yellow or red if they believe the actual conditions merit a change from the HRRR baseline. There is a "Revert" option which will invalidate the previously edited forecast from the database. Reverting will result in the forecast for that gate going back to the HRRR baseline.

There are three buttons below each gate section:

At the bottom of the page are links to images that show the HRRR output (See Fig. 4). This is a merge of the three time-lagged HRRR runs. Yellow dots show where the algorithm believes the thunderstorm chance is greater than 25%. Red dots are for greater than 60%. This shows what the HRRR looks like for these hours so you can visually assess whether the HRRR is realistic or not. 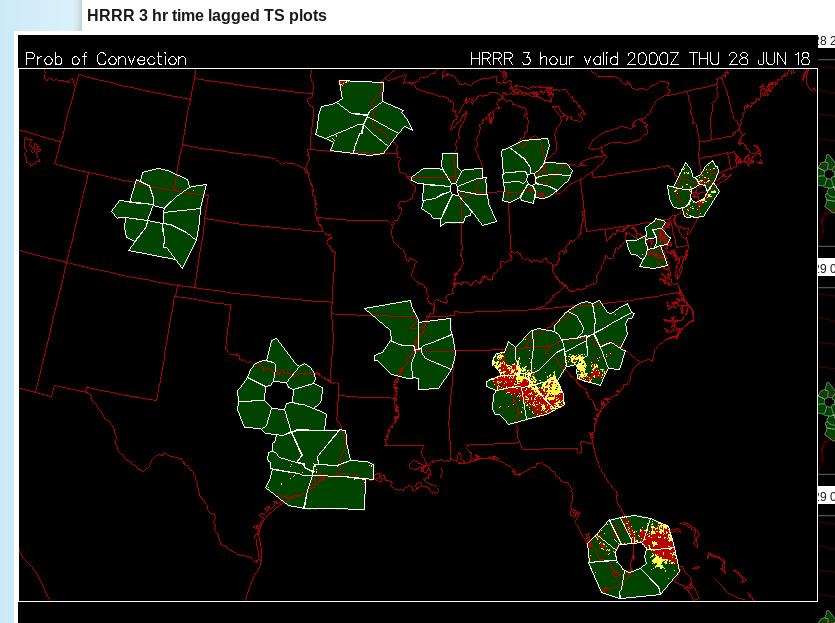 Once done, there is a "Forecaster Assessment" drop down at the top of the page. This gives the forecaster the ability to relate their feelings on the forecast. No comment is the default which won't put an assessment into the database. You can select:

This doesn't preclude a forecaster from no making any edits and selecting "No change - model OK" because this will show that a forecaster has reviewed the forecast and made no changes from the HRRR baseline.

Then clicking the "Update Forecasts" button will enter the forecaster edits into the database.

The forecaster edits will persist for the 9 hours the data are available. For example, if you edit the forecasts and 1530Z and make a change to the 20 and 21Z forecast, those will persist until the 21Z forecast is no longer displayed on the page.

This will display for 6 hours after a forecaster edit.